Why Do Homeless People Have Money for Cigarettes 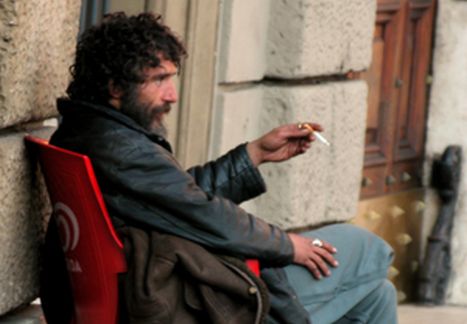 You may see many homeless people who are bound to live on the streets due to the lack of money to buy even a small shelter or to eat properly. You would have felt sad about these people. Some of you might also have wanted to help them with money. However, a few of you would have stopped after finding them smoking cigarettes. Did you find it strange that many of these homeless people have money for cigarettes and not for their basic necessities? There are some reasons why these homeless people still beg for money while they can purchase cigarettes for them.

To deal with stresses

Many homeless people are fed up of their lives of misery. When they find themselves in such a situation for long, it makes them stressed and depressed. The only thing that gives them relief is their addiction to cigarettes through which they may remain lost in their assumed world. Thus, they somehow arrange money to buy cigarettes so they may smoke to get rid of their stresses.

To compensate for food

Some of these individuals do not even get enough food to consume each day. Thus, they just assume that smoking cigarettes can give them the power or energy to run through the day. That is the reason they collect money and spend it on a pack of cigarettes rather than on food.

To satisfy their urge

There are homeless people who are already addicted to cigarettes and cannot just stop smoking. Since they are unable to get rid of their smoking habit, they are forced to find ways to arrange money for these.

While a few homeless people assume that smoking cigarettes would empower them to control their lives better, it is actually the opposite that happens. They try boosting up their thought process through smoking, but end up making irrational decisions like buying a cigarette instead of food.